The House Sparrow is one of the most commonly found bird species in urban as well as rural India. Over the last decade ornithologists (study of birds) have noticed an alarming decline of their population. Experts warn that disappearance of the bird species will have devastating effects on our ecology at large.

The bird species that has lived in close contact with humans for ages is now relegated to little space in a typical urban landscape. Conservationists have long since attributed the decline in house sparrow population to the unfriendly architecture of our urban homes, chemical fertilizers used in agriculture, overbearing noise pollution and the toxicity from exhaust fumes. Rampant urbanization and overbearing concrete structures have led to lack of shelter for sparrows.

One simple step can help mitigate some of the adverse conditions leading to a decline in house sparrow population is providing safe shelter for them. INDIAdonates' partner, Rajasthan Samgrah Kalyan Sansthan (RSKS) is on a mission to save house sparrows and increase their population by installing wooden bird houses and bird feeders in and around Ajmer town.

RSKS will be distributing 5000 bird houses to private citizens in and around Ajmer city and also will be installing them in public areas like parks and on trees. RSKS will also arrange awareness campaign to get the common people on-board on their mission to save the sparrows.

Donate a home to the sparrows to increase their dwindling population.

Indiadonates is a tax exempt entity, and all donations made through Indiadonates will be tax-exempt under Section 80G of Income Tax Act.

Why Donate to INDIAdonates 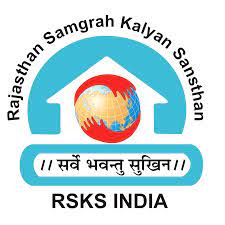 Rajasthan Samgrah  Kalyan  Sansthan (RSKS) is a non-governmental organization (NGO) based in Ajmer District of Rajasthan. The organization was founded in the year 1992 with the main aim of promotion of Livelihood, microfinance & enterprise, women & child education & development, Women Empowerment, gender equality, Children Welfare, human rights and environmental and wate...read more