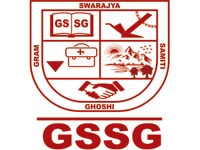 GRAM SWARAJYA SAMITI GHOSHI popularly denoted as GSSG is a non-governmental, non-profitable organization, without affiliations to politics, creed or religion. It is a social action and development assembly of conscious, vigilant, prudent social workers.

Middle Bihar during later half of eighties witnessed several arms conflicts between different caste groups. Due to hatred & incidence of mass genocide, thousands of civilians left their home land in fear.  The exodus was painful.  Many children became orphan. Women lost their bread winners. Villages and farm land were deserted. Majority people were wishing if mass wisdom prevail again. Several peace movements were kick started by intellectuals in the region. Bandhuganj under Ghosi Block was one of such centers. During spring of 1990, the idea took shape of an organized movement and the outcome was emergence of GSSG.A group of torch bearer was organized.

It was emphasized that let begin voluntary response to the situation. It was resolved that, the movement would focus on lasting solution of root cause of this unfortunate conflict. The root causes which were identified are illiteracy and poverty which manifest in several peripheral problems.An action plan came into existence. The informal group/movement raised fund from local people. A number of programs were successfully launched. Public meetings were organized in vulnerable villages. State was approached to accelerate their development intervention. Native and foreign donor extended their supportive hand. Many failures and successes gave courage to the founding members to go ahead and to propagate the mission of peace & prosperity in the native state. In above mentioned background the organization was formally constituted on 2nd October, l990, marking the birthday of Mahatma Gandhi.

: To work with communities to end the miseries surrounding them  and become able to care mother earth.