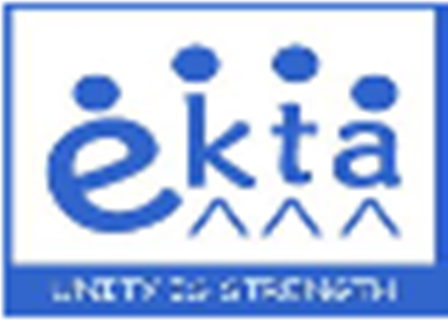 Ekta is a registered Non-Profit Organization which began its development journey in 1994 in the tribal dominated districts of Koraput & Rayagada in the State of Odisha with its major focus on exploring sustainable livelihood, promoting & propogating good governance, community based inclusive development of the people with Disabilities, reducing of HIV/AIDS, Mother& Child health, Child Rights, Climate Change and Disaster Risk Management with the most vulnerable target population such as Tribal, Peoples belong to Schedule Caste, Women, Children, People with Disabilities, Female Sex Worker, MSM, Transgender & Hijra. It has extended its interventions in Khordha District.

Dreaming of a just, equitable & sustainable society where vulnerable can lead a healthy & dignified living without any discrimination by fulfilling their basic necessities, enjoying their rights and discharging their duties.

Ekta plays a role of catalyst and adopts participatory approach for advancing the cause of the vulnerable, creating opportunity and building up their capacity.